When on the road, one must listen to the voices...

We started the day with an awesome breakfast at the Bear Wallow Cafe, where an “order-up” is announced by a large cowbell above the kitchen door being rung by the cook via a string running back to the grill. The place is a classic Old West setting and the political views - as posted on signs and overheard - are as conservative as they come. Without a doubt, the best breakfast of the trip so far. 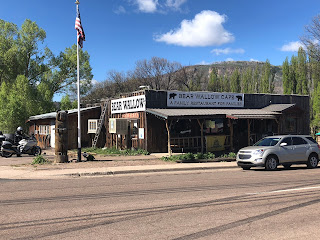 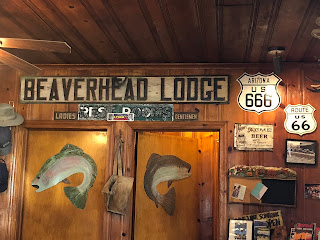 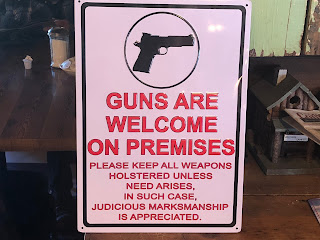 Ever since we dismounted in Alpine, every biker-knowledgeable person we met told us we need to take the new road that runs west out of Alpine towards Big Lake. The new road being AZ-249. The “new” part is the road was paved a few years ago (previously a dirt road) and it connects with several other paved highways to make a loop. “Even if you don’t have time to make the full loop, go up to Big Lake and back, it’s only 18 miles each way.”, they said...consistently. We really didn’t have time (needed to get to PHX to greet our wives as they landed) and didn’t realize the speed limit was 35mph the whole way until we got several miles into the road. 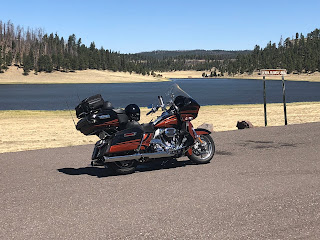 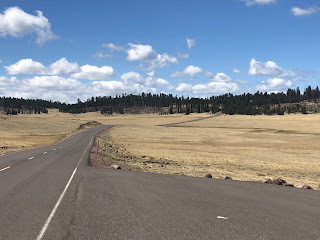 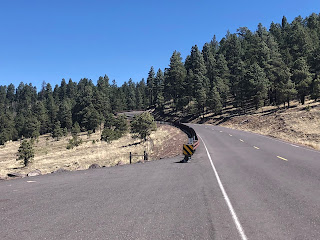 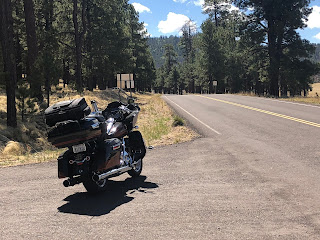 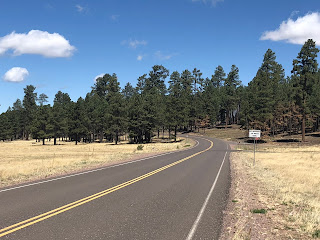 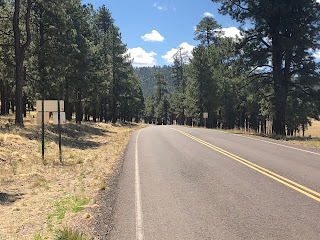 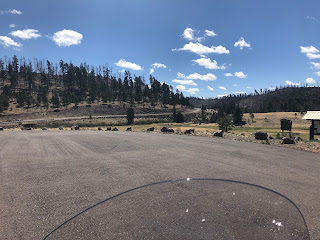 We may - or may not - have adhered to the posted speed limit. And we barely made it to PHX in time. But, man, am I glad we listened to the voices!

Back in Alpine, we met-up with a couple of riders from Texas who had just run the Devil’s Highway, formally Route 666 (now known as US-191 and the Coronado Trail). They have run the road several times over multiple trips, but always did the route South to North (we were doing the opposite). Armed with a fresh road conditions report, we set out with excitement.

The road runs through the White Mountains...apparently all over the White Mountains! The peak is the Blue Vista rest stop which provides views for as far as the eye can see and the clouds allow. On the north side of the vista, the terrain is high sierra, while the south side is more high desert. It offers everything from wide sweeps to tights switchbacks...LOTS of switchbacks! Unfortunately, the Wallow Fire (2011j really took its toll on the forest that once provided a beautiful landscape and Mother Nature is struggling to recover. But this is definitely one of my Top 10 motorcycle roads in the US in terms of beautiful and technical challenge. Four hours of pure bliss. 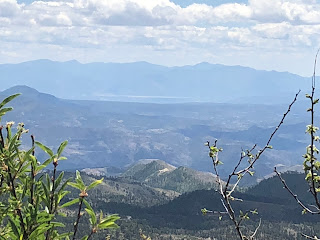 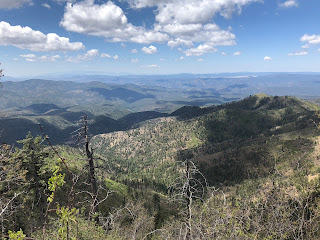 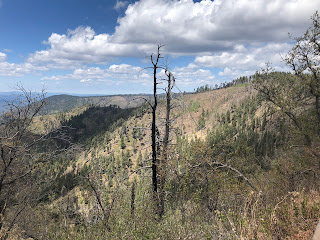 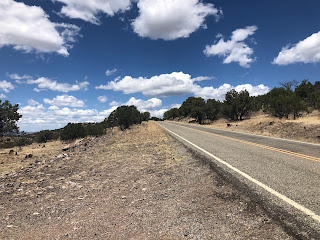 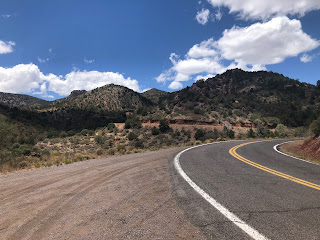 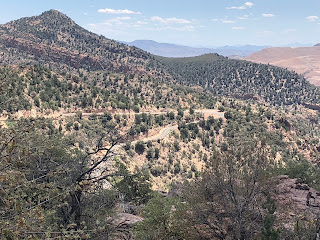 At the southern end of the road are the twin cities of Clifton and Morenci, the latter of which is the home of the largest copper mine in the world, the Morenci Mine. US-191 runs through the middle of the mine and one gets an amazing view of the three pits that comprise the mine. While started as an underground facility, it was converted to a strip mine operation in the 1930’s. It looks like they are moving mountains...literally. No tour is available, but there is an observation area just off the highway which offers spectacular views of the operation. 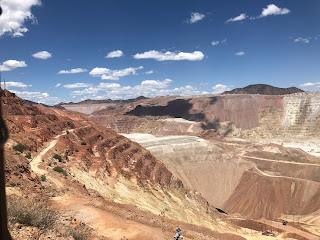 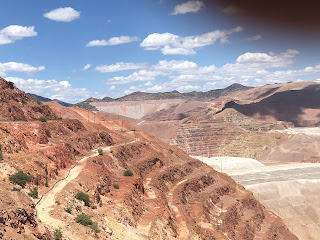 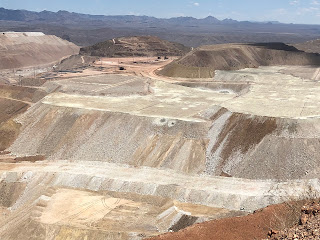 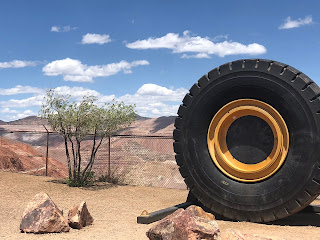 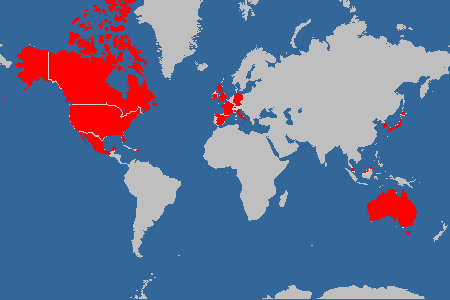